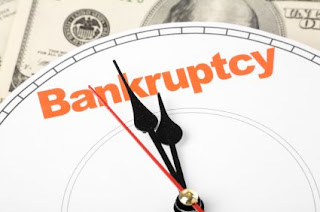 Federal Reserve and Treasury Offer Half our GDP to the Wall Street Banks
http://jessescrossroadscafe.blogspot.com/2008/11/federal-reserve-and-treasury-offer-half.html
Our motto used to be "millions for defense, but not one cent for tribute."That has change to "Trillions for the banks, but a few cents for the real economy."We need to break the cycle of giving our money to the banks so that they can lend it to us at interest if they are so inclined. What have they done to earn that interest? Take measured risks?The Republicans are looting the Treasury on their way out of town, and the Democratic leadership is incompetent or complicit in this end to the greatest financial fraud in recorded history. And you are paying for it.
“If you mark to market today, the banking system is bankrupt,” Tobin said. “So what do you do? You try to keep it going as best you can.” (Please take note holders of dollars and Treasuries. If the banking system is bankrupt, guess what is next - Jesse)

Financial Newsletter Predicts US to Default on National Debt
http://www.leap2020.eu/GEAB-N-28-is-available!-Global-systemic-crisis-Alert-Summer-2009-The-US-government-defaults-on-its-debt_a2250.html
A European financial newsletter, La Lettre Confidentielle de LEAP/E2020, is predicting a US default on government debt sometime in the summer of 2009. The default will be triggered by uncontrollable increases in public debt, uncontrolled inflation, and continuing deterioration in the nation's manufacturing, retail, and construction sectors.
"the US economy, now in deep recession, will collapse. The resulting lack of tax revenues will make it impossible for the federal government to pay even the interest on its ten trillion dollar national debt.On October 16, 2008, the "Global-Europe Anticipation Bulletin" told its subscribers that the present U.S. Dollar will be demonetized and a new currency imposed. "Old dollars" will be devalued by ninety percent (90%)"
Posted by NXNGRG at 6:26 AM