I hope folks are working on survival plans and worrying less about the terror scam.
The age of false flag terror seems to be over and we are now witnessing open theft
of the treasury and preparation for the collapse of the U.S. I will continue updates
here but feel that working within my own community and off the internet much more important.
The Five Stages of Collapse
http://www.energybulletin.net/node/47157


Barack Obama is warned to beware of a ‘huge threat’ from al-Qaeda
Security officials fear a ‘spectacular’ during the transition period
http://www.timesonline.co.uk/tol/news/world/us_and_americas/article5158569.ece

Barack Obama is being given ominous advice from leaders on both sides of the Atlantic to brace himself for an early assault from terrorists.
General Michael Hayden, director of the CIA, this week acknowledged that there were dangers during a presidential transition when new officials were coming in and getting accustomed to the challenges. But he added that no “real or artificial spike” in intercepted transmissions from terror suspects had been detected.
President Bush has repeatedly described the acute vulnerability of the US during a transition. The Bush Administration has been defined largely by the 9/11 attacks, which came within a year of his taking office. 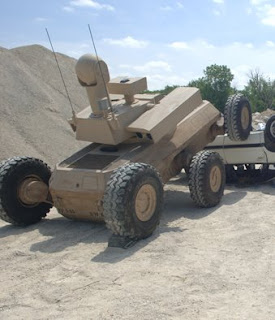 Once again the observant techbeat watcher finds his or her lower-torso garments endampened by fear, as news emerges that heavyweight US military nerds believe that they have developed IT tech which can "regenerate" autonomously, allowing it to self-repair in the face of shutdown attempts - and even to learn and develop its capabilities. More terrifyingly still, plans are afoot to put this technology into the US forces' next generation of robotic weaponry.

The Secret Service is tasked with protecting the President of the United States from assailants; and given that President-elect Obama has already been the target of assassination plots they may have their work cut out after January. But they have more than earpiece radios and armored limos to help them; the Secret Service can call on the very latest technology. Documents from a recent court case indicate that they have advanced directed-energy devices which are highly classified.

US missile chief to Obama: anti-missile system 'is workable'
Posted by NXNGRG at 2:36 PM

I hope you continue to post your very helpful information. I am so glad to have met you online.

I do wish you well and hope you have prepared. On my blog;
http://lucidtomr.blogspot.com/2008/10/apocalyptic-punch.html
I have wrote some likely scenarios based on all the evidence I've seen.

I know next month is when that 'generated crisis' our leaders have talked about will be carried out. Survival plans, yes. There is a survival guide called "In the Wake : Tools for gridcrash" it's really good. I printed it out, because when this crisis happens, there won't be internet.