In a Pandemic, Who Gets to Live?
Aftermath of a Pandemic Could Be More Disastrous Than the Pandemic Itself, Researchers Say
http://abcnews.go.com/Technology/ColdandFlu/story?id=6233508&page=1 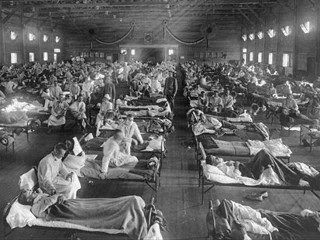 As if wars and economic crises and natural disasters weren't enough, here's a challenge for some future president that few people even want to think about: Some day, perhaps soon, a president will have to decide whose lives are the most important to save, and whose lives are "nonessential."
This isn't going to be a doomsday story, because most people will survive the next influenza pandemic, which some public health experts believe is past due. It's not a question of "if," it's a question of "when," and one study from Harvard University estimates that the pandemic will kill somewhere between 51 million and 81 million people, mostly in developing countries.
Hundreds of organizations and institutions around the world are developing plans for dealing with the expected pandemic, and one challenging theme is begging for more public discussion. Some people will be more important than others in fighting the disease as it spreads quickly around the planet, and many more will be left to pretty much fend for themselves. 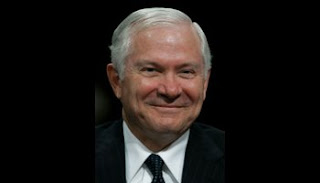 Missile defense future
Air Force Lt. Gen. Henry A. Obering, outgoing director of the Pentagon's Missile Defense Agency, said on Wednesday that U.S. missile defenses are working and he hopes President-elect Barack Obama will continue the multibillion-dollar programs once he is briefed on them.
Asked if current U.S. ground-based and sea-based systems are "workable," Gen. Obering said: "Absolutely."
"Not only are they workable, they've been proven in combat" in the Middle East, he said in a farewell interview with Defense reporters.
President Bush was prepared to shoot down a North Korean missile using the new U.S. missile defense system in July 2006, and Gen. Obering said he thinks the system would have been able to knock out one or two Taepodong-2 missiles if they had come toward the United States.
Additionally, U.S. war-fighting commanders are demanding more and better missile defenses to defend troops against missile attack, he said.
"Our testing has shown that not only can we hit a bullet with a bullet, we can actually hit a spot on a bullet with a bullet," he said. "The technology has caught up with that."
Gen. Obering, who retires this month, said questions have been raised by critics about the 10 ground-based interceptors planned for Europe. He said those missiles designed for a site in Poland are a low-risk, two-stage version of the 22 three-stage interceptors now deployed in Alaska and California.
Homeland Security Will Track Fertilizer Buyers
http://blog.wired.com/defense/2008/11/homeland-securi.html
Raytheon unveils 300th surveillance tower
http://www.bizjournals.com/boston/stories/2008/11/10/daily22.html
Raytheon has reached an important milestone in its production of its persistent surveillance towers. The Rapid Aerostat Initial Deployment system provides surveillance support for use in both war and peacetime. Now the US army has three hundred of them.
The Waltham, Mass.-based defense contractor said the towers support intelligence, surveillance and reconnaissance missions. They are used by the US military in Afghanistan and Iraq and are also used for domestic border surveillance — both in the United States and U.S. ally nations.
Russia rejects U.S. missile proposals
http://www.reuters.com/article/topNews/idUSTRE4AB2XW20081112?feedType=RSS&feedName=topNews&rpc=22&sp=true
Posted by NXNGRG at 7:28 PM