Financial Crisis: U.S. Will Default in '09 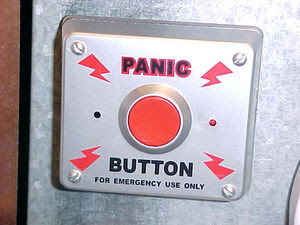 Some of the articles below are a few weeks old but
still timely. I agree with the conclusion of Jesse's
Cafe that the United States will have to default on its debt. I see this possibly before the summer of '09.
How this will play out is of the utmost concern.
I will continue to watch for signs of the U.S. military releasing a virus to start a flu pandemic. Martial law
and quarantines may be the only way for the the elites to manage the financial crisis......

In 2009 the US Will Be Forced to Selectively Default and Devalue Its Debt
http://jessescrossroadscafe.blogspot.com/2008/10/in-2009-us-may-be-forced-to-selectively.html Jesse’s Cafe Americain blog says that U.S. will have no choice but to selectively default. “Once the deleveraging of the markets subsides, the dollar and Treasuries will drop, perhaps with some momentum, as the rest of the world realizes that the U.S. has no choice but to default. This can be resolved in several ways, including continued subsidies from foreign sources in the form of virtual debt forgiveness, devaluation of the dollar, raising of taxes, and higher interest rates on debt. The problem now is that the U.S. has breached the point where it can service its debt out of real cash flows, and turning this around will require a severe devaluation of the U.S. dollar. Devaluation and selective default are the only foreseeable systemic alternatives. There are other exogenous paths of a more political nature such as consolidation and war that may color the default a slightly different color, but a selective default it remains. This is the fundamental situation. Everything else is speculation and commentary.”

Failure of auto industry could set off catastrophe
Advocates: Collapse of US auto industry could set off catastrophic chain reaction
http://finance.yahoo.com/news/Failure-of-auto-industry-apf-13552316.html
DETROIT (AP) -- Advocates for the nation's automakers are warning that the collapse of the Big Three -- or even just General Motors -- could set off a catastrophic chain reaction in the economy, eliminating up to 3 million jobs and depriving governments of more than $150 billion in tax revenue.