What if a deadly global pandemic were sweeping across the world and the United States needed to try to delay its effect on our shores?
For the first time, at Miami International Airport on Wednesday, about a dozen federal, state and local agencies participated in a simulation exercise to review the steps needed to screen international passengers arriving in the face of a severe influenza pandemic.
''It's an opportunity to test the plan, see how it works and what needs to be improved, so that when we need to use it for real we are ready,'' said Christine Pearson, spokeswoman for the Centers for Disease Control and Prevention in Atlanta.
About 400 people participated in the test drill, including about 200 voluntary actors. CDC, the Department of Homeland Security and the Department of Transportation led the effort.
In the 20th century, the nation faced three influenza pandemics, in 1918, 1957 and 1968. A pandemic is defined as a new virus for which no one has immunity, which can affect humans and is spread easily between people.
And more pandemics are expected. Bird flu, which affects mostly poultry and wild birds in Asia, Africa and Europe, is being watched, because it sickened about 300 humans during the past decade.
''A pandemic is inevitable, but we can't say it's imminent,'' said Dr. Martin Cetron, director of global migration and quarantine for the CDC. 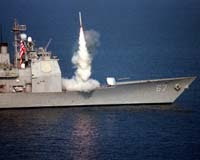 Extensive analysis of the flight mission will be used to improve the deployed Aegis BMD system. The Aegis Ballistic Missile Defense (BMD) flight record is 16 of 19 intercepts.

NATO voices 'serious worries' about Russian missile plans
http://www.spacewar.com/reports/NATO_voices_serious_worries_about_Russian_missile_plans_999.html
NATO has "serious worries" about the compatibility of Russian plans to deploy missiles in a western Russian enclave with arm control "arrangements," an alliance spokesman said Wednesday.
"We have seen the press reports on the statement of President (Dmitry) Medvedev regarding deployment of Iskander missiles to the Kaliningrad region," spokesman Robert Pszczel told AFP.

"If confirmed, it would raise serious worries concerning the conformity with existing arms control arrangements which are important for European security," he added.

Venezuela, Russia discuss nuclear energy, flights
http://news.yahoo.com/s/ap/20081106/ap_on_re_la_am_ca/lt_venezuela_russia_1
CARACAS, Venezuela – Top Venezuelan and Russian officials met Thursday to discuss bilateral agreements on everything from nuclear energy to direct flights connecting Caracas to Moscow.
Russian Deputy Prime Minister Igor Sechin headed a delegation of business leaders visiting Venezuela to discuss development plans prior to Russian President Dimitri Medvedev's visit later this month.
"In a moment when the banks of the developing world are going bankrupt and disappearing, our two countries are negotiating the creation of a binational bank that will allow the financing of development," Venezuelan Vice President Ramon Carrizalez said...

The Chinese Space Industry Set For Take Off
http://www.spacedaily.com/pageone/spacedaily-2008-11-06.html 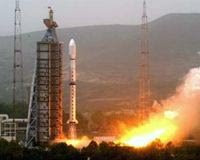 China put another two satellites into orbit on Wednesday, just weeks after its third successful manned space mission and the first space walk by Chinese astronauts in September. The space industry is taking off, thanks to the 30-year-old Reform and Opening-up Drive, said Zhou Jianping, chief designer of the manned space program. China established its space sector in the 1950s, an ...


Postal Anthrax Aftermath: Has Biodefense Spending Made Us Safer?
The Anthrax attacks in 2001 led to a massive increase in biodefense funding, which critics claim has done more harm than good
http://www.sciam.com/article.cfm?id=postal-anthrax-aftermath
Posted by NXNGRG at 3:34 PM

Take a look at Nov 13th, Largest scale earth quake drill in Cali. If a large scale quake does break out, unsanitary conditions will be blamed for people getting sick, and bam, there you go, a pandemic. later man