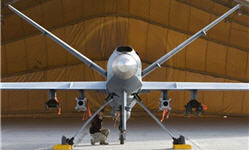 Combat that’s been talked about for the last century – unmanned systems destroying other unmanned systems – is now a reality following the destruction by an MQ-9 Reaper of a vehicle carrying a remotely controlled explosive device in southeast Iraq.
A week ago, the Reaper – the larger, higher-flying, faster and better-armed version of the MQ-1 Predator – dropped a 500-pound laser-guided GBU-12 on the vehicle.
It was the first weapons engagement by Reaper since the aircraft started operations there July 18, said U.S. officials of the 332nd Air Expeditionary Wing at Balad Air Base. The aircraft is operated by the 46th Expeditionary Reconnaissance and Attack Squadron..... 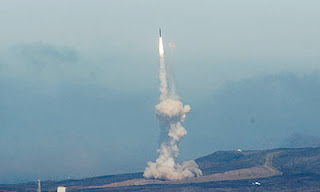 The August 20th agreement for the stationing of US Ground Based Interceptors (GBIs) in Poland in order to deter or destroy Iranian long-range missiles aimed at Europe or the US was without doubt the direct result of Russia’s invasion of Georgia. From a political standpoint Poland wanted to send both Moscow and Washington an unmistakable signal as to which side they were on, even if it involved making a less-than-optimal deal from Warsaw’s point of view. Now that the agreement has been signed, the US should act generously and give Poland far more support than the US is required to. Also, NATO will have to pay far greater attention to the missile defense issue than it has in the past.
In exchange for stationing a mere ten GBIs in Poland, the US has agreed to also place a single battery of PAC-3 Patriot short-range air defense and anti-ballistic missiles on Polish soil. This is far less than Poland truly needs in order to give it a reasonable level or protection against an angry and resentful Russia. This battery is symbolically important, but the Poles need more than a mere symbol.
Russia has thousands of tactical and tactical/operational nuclear weapons mounted on ballistic missiles. Ostensibly these are no longer aimed at anyone in particular, but that may not matter much to the Poles or to others in Central and Eastern Europe who once again feel themselves threatened by Russia. These nations have little faith that they can count on their fellow members of the European Union to stand by them in an emergency, so they naturally turn to the US and to NATO for support.... 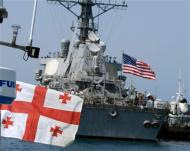 Russia cruiser to test weapons in crowded Black Sea
http://www.stuff.co.nz/4668809a12.html
Russia's flagship cruiser has re-entered the Black Sea for weapons tests hours after the Russian military complained about the presence of US and other Nato naval ships near the Georgian coast.
The 'Moskva' had led a battle group of Russian naval vessels stationed off the coastline of Georgia's breakaway region of Abkhazia during Russia's recent conflict with Georgia and sank smaller Georgian craft.
The assistant to the Russian Navy's commander-in-chief told Russian news agencies the cruiser had put to sea again two days after returning to its base at the Ukrainian port of Sevastopol.
"'Moskva' has today departed toward the Black Sea Fleet's naval training range to check its radio-controlled weapons and onboard communications systems," Captain Igor Dygalo was quoted as saying by Interfax.
Canadian Forces carry out Arctic training exercises
http://www.ctv.ca/servlet/ArticleNews/story/CTVNews/20080825/arctic_training_080825/20080825?hub=CanadaAM

The Canadian military has kicked off a series of training exercises in the Arctic to prepare for situations that may arise as a result of increased traffic in the region.
More than 500 troops -- air, land and sea -- are taking part in Operation Nanook 08, said Brig-Gen. David Millar, commander of Joint Task Force North. "Our purpose is to exert sovereignty, demonstrate sovereignty and security but also learn how to live off the land and learn more about the operating environment here in the North," Millar told CTV's Canada AM on Monday from Iqaluit, Nunavut.
Millar said the annual exercise is growing in importance because activity in the North is rapidly increasing.
Volunteers needed for Sept. 30 disaster drill (TN)
http://sitemason.vanderbilt.edu/myvu/news/2008/08/25/volunteers-needed-for-sept-30-disaster-drill.63147
75 Volunteers are needed for a disaster drill to test the revisions to the VUMC Decontamination Plan. Faculty, staff and students are encouraged to participate. When: Tuesday, Sept. 30, 2008 Time: 5 p.m. - 9 p.m. Drill Specifics: This disaster drill is designed to test the VUMC Decontamination sub plan. Volunteers are needed to act in the roles of faculty/staff members (i.e., MDs, RNs, mock patients and labor pool personnel). Volunteers will be given actual assignments to assist with the drill or they will be required to go through the decontamination shower if they choose to act in the role of a "mock" patient....
U.S. Coast Guard, Federal, state, local response agencies schedule exercise to test
security plan http://www.bymnews.com/news/newsDetails.php?id=41556
Commander says exercises have no connection with Georgia conflict
http://news.xinhuanet.com/english/2008-08/26/content_9710048.htm
BUCHAREST, Aug. 25 (Xinhua) -- The military exercises scheduled for the time being in the Black Sea have no connection with the conflict in Georgia, stressed Juan Rodriguez, Commander of the Standing NATO Maritime Group SNMG1) in Romania's Constanta on Monday.
At a press conference aboard the Juan de Borbon frigate, part of the SNMG1 fleet, Rodriguez said the tactical exercises at sea will be carried out in accordance with a set schedule, and the aim of the operations is to promote interoperability among the navies of the NATO member states.
He insisted that there is no connection between the military exercises to be carried out and the conflict in Georgia, as these are usual exercises that had been planned more than one year ago, long before it was known what would happen in Georgia ;)
A New Front for Defense Contractors
Whatever the outcome of the November Presidential contest, industry players could face some significant changes. Here's what to expect
http://www.msnbc.msn.com/id/26390890/
NGA Awards Administrative Support Services Contracts
http://spatialnews.geocomm.com/dailynews/2008/aug/25/news5.html
Bethesda, MD - The National Geospatial-Intelligence Agency (NGA) has awarded Administrative Support Services (AdminServ) contracts to provide administrative and secretarial support throughout NGA. The contracts to facilitate the program were awarded to NW Systems, Inc., Science Applications International Corporation (SAIC), Focused Management, Inc. and Chugach Government Services, Inc., with the contract becoming effective on Sept. 1, 2008.
US Military Gearing up on Guam
http://www.defenseindustrydaily.com/us-military-gearing-up-on-guam-03011/?camp=newsletter&src=did&type=textlink
DID has covered a number of base improvement efforts and other contracts related to the USA’s pacific territory of Guam, including construction of an RQ-4 Global Hawk UAV complex for the Pacific Rim, and extensive base improvements/ expansion for Guam’s airfield, harbor, et. al.
Posted by NXNGRG at 3:06 PM