* Please check back later this evening for more updates. Today a group is protesting the presence of Homeland Security here in VT. 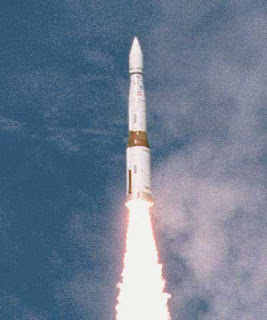 MOSCOW (AP) - Russian President Dmitry Medvedev is warning his country may respond to a U.S. missile shield in Europe through military means.
Medvedev says that the deployment of an anti-missile system close to Russian borders "will of course create additional tensions."
"We will have to react somehow, to react, of course, in a military way," Medvedev was quoted as saying Tuesday by the RIA-Novosti news agency.
Russian officials have already warned of a military response to the U.S. plans, but the statement by the Russian leader was likely to further aggravate already tense relations with the West. The comments come after Medvedev recognized two Georgian regions as independent nations, prompting criticism from the U.S. and Europe.
Pa. sprays for West Nile in Philadelphia region
http://www.ldnews.com/news/ci_10314796 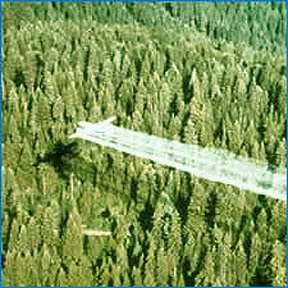 PHILADELPHIA—The state has turned to aerial spraying of pesticides over more than 141,000 acres in the Philadelphia region as more mosquitoes are found infected with West Nile virus.
Planes sprayed Resmethrin pesticide over areas of Montgomery and Delaware counties on Tuesday night and will spray parts of Bucks County and Philadelphia on Wednesday night. Officials say it should eliminate most adult mosquitoes and not harm ponds, pools or plant life. ....
Military helicopter training to continue over Portland
http://www.kgw.com/news-local/stories/kgw_082508_dod_training.11a8acf9.html
Don't worry -- Portland is not under attack.
Low flying military helicopters buzzing downtown Portland looked like a scene out of a movie.
Monday night’s drama was all part of a military exercise.
Newschannel Eight has learned, the Army and Navy are conducting Urban Military Training in Portland and Salem from August 17-30.
The training will include “low visibility movement, military operations in urban terrain, manual and low weight explosive breaching, fast-rope insertion, live fire” and other exercises according to a memo from Portland Mayor Tom Potter to the Navy’s Special Warfare Development Group.
A spokesperson in Mayor Potter’s office says, the military asked permission to conduct the training last November. The Portland Police Bureau’s specially trained SERT unit is involved in the training.
Monday’s exercise involved helicopters hopping from one downtown skyscraper to another. Many residents and downtown workers were concerned by the low flying helicopters.

The Department of Defense provided no advance warning of the exercise.
Air defense drill in N. Taiwan tomorrow
http://www.chinapost.com.tw/taiwan/national/national%20news/2008/08/27/172098/Air-defense.htm
TAIPEI, Taiwan -- Residents of several cities and counties in northern Taiwan are being urged to abi
de by regulations for a half-hour air defense drill tomorrow afternoon, or violators may face fines between NT$30,000 and NT$150,000.
Code named "2008 Wan-an" (Forever Safe) No. 31, the air defense drill will be held between 2:30 p.m. and 3 p.m.
Mock Disease Outbreak Drill (MI)
http://www.wlns.com/Global/story.asp?S=8906737&nav=0RbQ
State officials had a chance to learn what it would be like to respond to a disease outbreak.
Wayne Wood, Michigan Farm Bureau: "The main thing is to get the comfort level of whether we've got the capacity to handle a contagious disease like that and contain it before it spreads."
The event was sponsored by the US Department of Homeland Security. It was part of an emergency training exercise on how to handle a major outbreak of foot and mouth disease. Those who took park suited up in disposable biosecurity suits and entered what's called the hot zone. They also learned how to gather samples and diagnose the disease using live sheep.
Counter Terrorism Exercise in Launceston
http://www.media.tas.gov.au/release.php?id=24616
Malabar 2008 Indo-US naval exercises: US to field super carrier 'Reagan' and nuclear submarine news
http://www.domain-b.com/defence/general/20080827_nuclear_submarine.html
Posted by NXNGRG at 6:08 AM