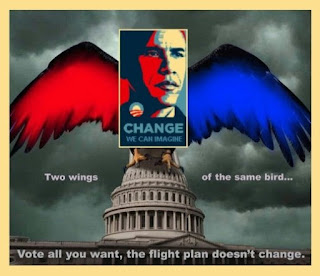 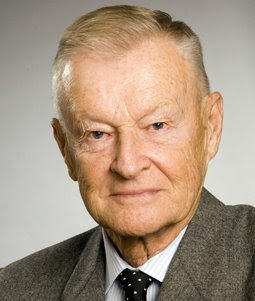 A new brain for Barack Obama
A NEW brain for Barack Obama! It's 78 years old and it still works perfectly. It belongs to Zbigniew Brzezinski, the peppery ex-national security adviser to Jimmy Carter. http://www.economist.com/blogs/democracyinamerica/2007/03/a_new_brain_for_barack_obama.cfm
*Base is main launching point for bombing runs in Middle-East...
Exercise prep may raise noise at Barksdale (LA)
http://www.shreveporttimes.com/apps/pbcs.dll/article?AID=/20080820/NEWS01/80820019/1060 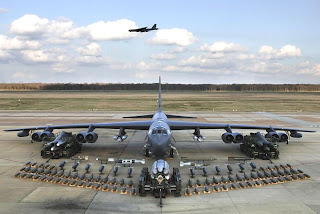 People who live near or around Barksdale Air Force Base may notice an increase in noise Thursday and Monday, installation representatives say.

Early Thursday, a dozen B-52 bombers will practice for a “surge,” where bombers take off in quick succession. The real MITO, or “minimum-interval takeoff,” will be held at the base early Monday...

Poland (AP) - The United States and Poland signed a deal Wednesday to place a U.S. missile defense base just 115 miles from Russia - a move followed swiftly by a new warning from Moscow of a possible military response.
Russia-Georgia War Highlights Need for Directed-Energy Defenses http://www.hawaiireporter.com/story.aspx?595a24d7-9886-449f-b048-fce71a0213d0 By James Jay Carafano, Ph.D., 8/20/2008 9:29:29 AM
For the second time in recent years, the United States has witnessed another wake-up call for the importance of fielding directed-energy weapons capable of shooting-down mortar and artillery fire, as well as intercepting short-range rockets and missiles.The Pentagon, the Department of Homeland Security, and the Congress need to place more emphasis on fielding working prototypes of these systems as quickly as possible.
People as Targets.....
Military Hardware Backers Lock in on Russia http://blog.wired.com/defense/2008/08/in-july-2006-th.html 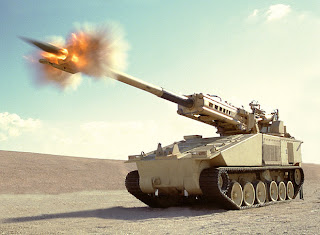 In 2006, the U.S. Army ran a number of war game scenarios, to see how effective their planned array of networked tanks, robots, and fighting vehicles might be in the conflicts of tomorrow. The battles the Army chose for were "major combat operations" -- full-scale fights between two major armies. And the location Army planners picked was the former Soviet republic of Azerbaijan.
At the time, these so-called "Caspian Sea scenarios" seemed oddly out of sync, for a military engaged in a pair of counterinsurgencies. But that was before Russia sent troops into Georgia, Azerbaijian's neighbor to the west. Before, supporters of the Army's $200 billion "Future Combat Systems" told the public not to pay too much attention to the mock battles on former Soviet turf; those robots and tanks were really meant to kick butt in small wars, they insisted. Now, backers of Future Combat Systems and other high-price military hardware programs are pointing to the Russian threat, as the new justification for their gear.
"We've spent so many resources and so much attention on Iraq that we've lost sight of future threats down the road. The current conflict between Russia and Georgia is a perfect example," Rep. John Murtha, the House Appropriations Defense Subcommittee chair, tells the Wall Street Journal.
* American "business consultant" caught in web of fake terror(India) gets free pass? Haywood lies low in Arizona home
http://www.dnaindia.com/report.asp?newsid=1184734
Indian embassy mum on whether US help will be sought to question him
NEW YORK: Despite the security drill at Indian airports, Kenneth Haywood mysteriously skirted a lookout notice and flew out of the country from the Indira Gandhi International Airport in New Delhi on Sunday night on Jet Airways’ long-haul flight 9W-230 to New York. He later caught another domestic flight at JFK Airport to get home to Phoenix, Arizona.
“I really don’t have anything to add to anything at this point. Thank you,” Haywood, who sounded exhausted, told DNA over the phone on Wednesday morning.
The Indian embassy in Washington declined to comment on whether India would seek US help in questioning Haywood. “We have seen the reports but cannot comment on the matter,” said embassy spokesman Rahul . .
Maharashtra’s Anti-Terrorism Squad (ATS) chief Hemant Karkare has declined to say if India will seek Haywood’s extradition from the US in case he refuses to go back to Mumbai at a later stage to cooperate with the ongoing investigations. Legal experts here, however, believe there is no case for extradition even though India and the US have a Treaty on Mutual Legal Assistance in Criminal Matters.
“The treaty allows for cooperation in criminal, drug trafficking and terrorism-related matters,” said a New York attorney who did not want to be named. “There are procedural mechanisms to allow the US to provide assistance in connection with investigations but there is nothing American authorities can do as he hasn’t been charged with any crime. US lawmen can’t go anywhere near him.”
A terror message was sent from Campbell White executive Haywood’s hacked email account five minutes before serial blasts ripped through Ahmedabad on July 26.
Texas Guard 'biggest player" in Panamax exercise
http://www.ngb.army.mil/news/archives/2008/08/081908-Texas_Guard.aspx
PANAMA CITY, Panama, (08/20/08)- The scenario threatened to bring world economies to their knees: A fictional terrorist group took control of an island off Panama, planted mines at approaches to the Panama Canal and threatened to cut off free access to the pivotal waterway.
Panama turned for help to the United Nations, which passed a resolution authorizing a coalition to take action.
The result, being played out during the annual Fuerzas Aliadas Panamax exercise, is a 20-nation coalition that has committed about 7,000 troops, more than 30 ships and a dozen aircraft to countering the fictional Liberation Martyrs' Brigade.
The exercise kicked off Aug. 11 and continues through Aug. 22, with live and simulated activities in Panama, El Salvador, Honduras and the United States.

NKorea vows to boost 'war deterrent'
http://ap.google.com/article/ALeqM5hp3VMv4igsgqwh4fqnXUyQrwl3BwD92LV5HO1
Homeland Security Explores Ambitious Plan to Collect More Personal Data From Foreign Travelers
The department will try to gather biometric data on all departing foreigners without causing delayshttp://www.usnews.com/articles/news/national/2008/08/20/homeland-security-explores-ambitious-plan-to-collect-more-personal-data-from-foreign-travelers.html
School Matters: Homeland Security High http://news.newamericamedia.org/news/view_article.html?article_id=43b614c4146abb03305388737d64d15a
ManTech Awarded $820M Contract to Support Route Clearance and IED Vehicles in Southwest Asia http://www.marketwatch.com/news/story/mantech-awarded-820m-contract-support/story.aspx?guid=%7BFE95EE45-2AB7-4AF7-868A-E33BC19041D7%7D&dist=hppr
Pandemic preparation: Planning, partnerships (NH)http://www.citizen.com/apps/pbcs.dll/article?AID=/20080820/GJNEWS02/1911/-1/CITNEWS
Somewhere out in the world, there's a potential pandemic with America and the Granite State's name on it, but the good news, said state Director of Public Health Services, is that New Hampshire and local communities are planning for it.
Posted by NXNGRG at 4:27 PM

Thank you for every other informative web site. Where else may just I get that type of information written in such an ideal approach? I have a challenge that I'm simply now running on, and I've been on the glance out for such information.

I am really enjoying the theme/design of your website. Do you ever run into any internet browser compatibility problems? A handful of my blog visitors have complained about my blog not working correctly in Explorer but looks great in Safari. Do you have any suggestions to help fix this issue?