Disaster Training: Software That Virtualizes Calamities
Since major disasters like hurricanes don't happen every day -- hopefully -- it's sometimes difficult to train emergency responders and sharpen their skills for when the worst really does strike. Lockheed Martin's new training software system can simulate various types of calamities ranging from wildfires to nuclear explosions.
http://www.linuxinsider.com/story/Disaster-Training-Software-That-Virtualizes-Calamities-64111.html
"Lockheed Martin (NYSE: LMT) , perhaps best known as a defense contractor, invited about a dozen emergency management officials to the company's Center for Innovation in Suffolk, Va., to show off a new software system that can simulate various types of catastrophes ranging from wildfires in California to a nuclear explosion.
The presentation comes just as Hampton Roads is about to enter the peak of the hurricane season from mid-August through the end of September.
The software simulation creates a virtual world based on real demographic information for the people who oversee police, fire, rescue and other emergency responders during a disaster. It could be used to train emergency officials in a city, county or regional agency on how to react if a real hurricane rolls up the shore.
How a storm would knock out power lines, damage buildings or injure people is the purpose of the simulation. Local and state agencies would then be better prepared for the real thing. Lockheed Martin wants communities to buy the simulation program that uses information from the U.S. Census Bureau and Federal Emergency Management Agency to construct disasters. "
Invisibility cloak one step closer, scientists say
http://www.reuters.com/article/scienceNews/idUSN1029418920080810 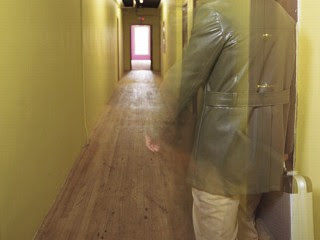 WASHINGTON (Reuters) - Scientists have created two new types of materials that can bend light the wrong way, creating the first step toward an invisibility cloaking device.
One approach uses a type of fishnet of metal layers to reverse the direction of light, while another uses tiny silver wires, both at the nanoscale level.
Both are so-called metamaterials -- artificially engineered structures that have properties not seen in nature, such as negative refractive index.
The two teams were working separately under the direction of Xiang Zhang of the Nanoscale Science and Engineering Center at the University of California, Berkeley with U.S. government funding. One team reported.... 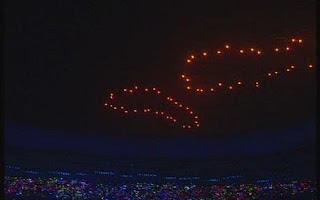 Telegraph UK: Olympic Games Opening Ceremony used CGI Fireworks
By ewing2001
Telegraph UK: Olympic Games Opening Ceremony used CGI FireworksWhile british media seems to have pushed a new trend some months ago, to reveal what is 'fake' or not on TV, they clearly still oppose the 9/11 tv fakery facts. Part of a limited hangout campaign to obscure the definitions? picked up at:http://www.telegraph.co.uk/sport/othersports/olympics/2534499/Beijing-Olympic-2008-opening-ceremony-giant-firework-footprints-faked.html
Beijing Olympic 2008 opening ceremony giant firework footprints 'faked'
Parts of the spectacular Beijing Olympics opening ceremony on Friday were faked because of fears over live filming, it has emerged.
Posted by NXNGRG at 4:37 PM