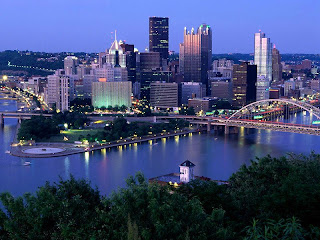 PITTSBURGH (KDKA) ― Downtown Pittsburgh may look like a disaster area later today, but it's only a drill. The Federal Emergency Management Agency is conducting the drill for dozens of federal, state and local agencies. Approximately 300 participants from 42 federal, state, local and private sector agencies will take part. They will be put to the test on how to handle emergencies, like a terror attack. The disaster drill begins at 10 a.m 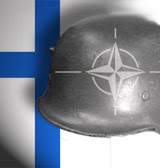 Finland will be host a major NATO disaster response exercise during the first week of June. Held in the capital region, the exercise will include over one thousand personnel from 25 countries.

The Euro-Atlantic Disaster Response Coordination Centre (EADRCC) will conduct the disaster response field exercise "UUSIMAA 2008" from 1 to 5 June 2008 in the region of the Finnish capital Helsinki. Finland has taken part in Euro-Atlantic Partnership Council (EAPC) exercises since 2002.Teams from twenty-five EAPC nations will participate in the June exercise.NATO and Partner countries are to practice disaster response mechanisms and capabilities and to enhance co-operation in emergency situations. The fictitious scenario for the exercise will be flooding and storms along the coastline of the Gulf of Finland. According to the scenario, water levels will rise during the spring and the storms will damage critical infrastructure objects. There will be also chemical, biological and radiological threat simulations. 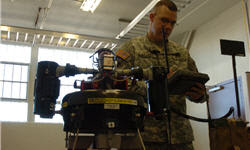 Demand from commanders in Iraq is driving an evaluation of Class I unmanned aerial vehicles (UAV) and small unmanned ground vehicles (SUGV) that may result in earlier fielding of the Future Combat Systems (FCS) components, U.S. Army officials say.
Paul Mehney, the Army’s FCS communicator, said there are advantages to fielding the systems earlier than planned. “The Class I UAV provides a hover-and-stare capability we don’t have on the battlefield,” he said. “And the SUGV provides enhanced sensing capabilities.”
Soldiers with the Army Evaluation Task Force at Ft. Bliss, Texas, are in the final stages of training on the two platforms, Mehney said. They will begin evaluating the systems, providing the Army with a full report in September or October 2008. Based on the report, the Army will make a decision whether to begin fielding the Class I UAV and SUGV, keep the two components as a core program or take variants out into the field.

Global Health Conference Addresses Pandemic Flu, Climate Effects
http://newsblaze.com/story/20080521101533tsop.nb/newsblaze/TOPSTORY/Top-Stories.html
Pandemic influenza preparedness, sharing of flu virus samples for research and the effects of climate change on human health are on the agenda May 19-24 in Geneva for the 61st annual meeting of the World Health Assembly (WHA) - the supreme decisionmaking body of the World Health Organization (WHO).

The Spies Who Come In with the Gold?
The CIA and 15 other agencies are targeted for a corporate-style pay for performance plan by U.S. Director of National Intelligence Mike McConnell.
http://www.cfo.com/article.cfm/11402555/c_11400982?f=home_todayinfinance