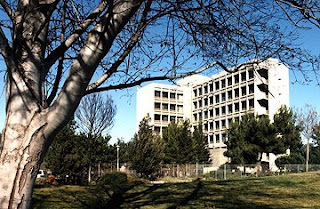 If you were a terrorist looking for weapons-grade nuclear material in America, the Lawrence Livermore National Laboratory might be a good place to start. At the core of the nuclear-weapons research facility about an hour's drive from San Francisco stands the "Superblock," a collection of buildings surrounded by multi-story steel-mesh fencing, a no-man's-land, electronic security gear, armed guards and cables to prevent a helicopter landing on the roof. These defenses are in place largely to protect Building 332, a repository for roughly 2,000 pounds of deadly plutonium and volatile, weapons-grade uranium — enough fissile material to build at least 300 nuclear weapons. But a recent simulated terror attack tested those defenses, and sources tell TIME that the results were not reassuring.....
Gates Wants Weapons to Be Useful in Current Conflicts
http://www.nytimes.com/2008/05/13/washington/13cnd-gates.html?_r=1&oref=slogin
COLORADO SPRINGS — Defense Secretary Robert M. Gates issued a clear warning to the military and its industrial partners on Tuesday that expensive, new conventional weapons must prove their value to current conflicts, marked by insurgency and terrorism, if they hope for a place in future budgets.
In his most direct comments to date on the expected division of labor across the military, Mr. Gates said that the Army and Marine Corps would continue to carry the brunt of the nation’s combat effort. The Air Force and Navy, he said, would be cast as “America’s main strategic deterrent” against potential adversaries such as Iran, North Korea and China.
“I have noticed too much of a tendency towards what might be called ‘Next-War-itis’ — the propensity of much of the defense establishment to be in favor of what might be needed in a future conflict,” Mr. Gates told a conference here sponsored by the Heritage Foundation, a conservative policy institute......
NZ to host interntl counter-proliferation exercise
http://www.scoop.co.nz/stories/PA0805/S00204.htm
New Zealand's ability to deal with shipments concealing weapons of mass destruction (WMD) will be put to the test in a major international exercise hosted in Auckland in mid-September, Customs Minister Nanaia Mahuta announced today.
"Exercise Maru will test our ability to halt shipments containing chemical, biological or nuclear weapons, their delivery systems or dual-use goods (goods that can be used to make such weapons) as they cross New Zealand's borders and will also test our post-seizure procedures," Nanaia Mahuta said.
Emergency training exercise scheduled for tomorrow (MA)
http://www.capecodonline.com/apps/pbcs.dll/article?AID=/20080513/NEWS11/80513013 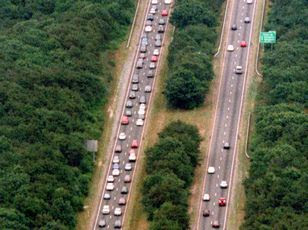 BOURNE - Several federal, state and local agencies will stage a training exercise tomorrow at Otis Air National Guard Base for the Cape Cod Emergency Traffic Plan, an operational plan developed to move a high volume of motor vehicle traffic off the Cape in case of a hurricane or other hazard.

Knowing the drill: WMD exercise at Camp San Luis
http://www.theadobepress.com/articles/2008/05/13/news/southcounty/news07.txt
Local government emergency responders joined more than 250 state, federal and military personnel May 1 at Camp San Luis to participate in a large-scale, simulated weapons of mass destruction exercise.
The all-day, 15-hour simulation drill tested the emergency responders’ skills that are necessary and critical for real-life emergencies, according to a Cal Fire/County Fire Department spokesperson....
ECS receives $800,000 homeland security contract
http://www.bizjournals.com/orlando/stories/2008/05/12/daily10.html?ana=from_rss
The contract, the first the Orlando company has received from the department, requires ECS to design and deliver a virtual classroom in which instructors and students will interact and collaborate within a 3D secure social network environment and controlling representations of themselves, called avatars.
Korean DMZ droids 'unfit for combat'
http://uk.news.yahoo.com/register/20080513/ttc-korean-dmz-droids-unfit-for-combat-d1d76f9.html
The South Korean armed forces have announced that a year-long trial of robotic guard systems versus human troops has been judged a failure for the mechanoids. South Korea remains committed to significant automation of its defences, but intends to move forward with different kit - possibly with overseas involvement.
Raytheon-Led Team Demonstrates Innovative Technique Growing Semiconductor Compounds on Silicon http://www.examiner.com/p-164673~Raytheon_Led_Team_Demonstrates_Innovative_Technique_Growing_Semiconductor_Compounds_on_Silicon.html
TEWKSBURY, Mass., May 13, 2008 /PRNewswire/ -- A Raytheon Company-led team (NYSE: RTN) has accomplished a key step demonstrating that affordable, high-performance circuits for military applications can be produced by growing semiconductor compounds directly on silicon.
Demonstrating this highly innovative technique is part of a $6.5 million contract awarded by the Office of Naval Research and funded by the Defense Advanced Research Projects Agency. It is a critical building block contributing to the ultimate success of DARPA's Compound Semiconductor Materials on Silicon, or COSMOS, program....
SAIC, CACI Int'l win Defense Dept. awards
http://biz.yahoo.com/ap/080513/saic_caci_contract.html?.v=1
SAIC, CACI Int'l among those awarded contracts under Defense Department's $12.23B program
SAN DIEGO (AP) -- Government engineering services provider Science Applications International Corp. and information technology services company CACI International Inc. said Tuesday they have received awards to provide IT services to the Department of Defense under a $12.23 billion task order contract.
Posted by NXNGRG at 3:18 PM