The US federal government wants to build a system to detect Internet attacks before they occur.
http://www.gameshout.com/news/cyber_attacks_new_initiative_for_homeland_security/article2358.htm 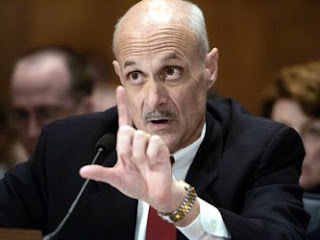 
SAS forming subsidiary to help with homeland security
http://www.bizjournals.com/triangle/stories/2008/05/19/daily2.html
SAS is launching a subsidiary that will focus on providing data analysis tools to the federal government, especially the homeland security and intelligence agencies, the Cary software maker announced Monday.
The subsidiary, which is yet to be named, will be based in Cary and will be organized over the next several months, says SAS spokesman Trent Smith. More than 50 SAS employees will be allocated to the subsidiary, which will hire an -as-yet-to-be-determined number of additional employees with the security requirements needed to assist intelligence and homeland security efforts.

SPACEHAB Product Earns SAFETY Act Designation from U.S. Department of Homeland Security http://www.businesswire.com/portal/site/google/?ndmViewId=news_view&newsId=20080520006159&newsLang=en
HOUSTON--(BUSINESS WIRE)--SPACEHAB Inc., (NASDAQ:SPAB) today announced its receipt of a formal Developmental Testing and Evaluation (DT&E) Designation from the U.S. Department of Homeland Security for the Company’s new in house developed Miniature Mass Spectrometer (MMS) technology named “1st Detect.”
The designation was instituted by the U.S. Department of Homeland Security to encourage the development of ‘promising anti-terrorism technologies’ by providing legal liability protections under the Support Anti-terrorism by Fostering Effective Technologies Act of 2002, or the SAFETY Act. The designation letter that was received April 10, 2008, states “SPACEHAB, Incorporated’s Miniature Mass Spectrometer is such a technology.”

SONOMA CO.: FLU PANDEMIC DISASTER DRILL TODAY (CA)
http://cbs5.com/localwire/22.0.html?type=bcn&item=FLU-DRILL
The staff at two Sonoma County hospitals will be dressed a little differently this morning.
They will be wearing space-walk type protective suits with ventilators as part of a countywide pandemic flu disaster drill.
The drill at hospitals, clinics and skilled nursing facilities, referred to as "Code Pandora", entails a hypothetical scenario in which the dangerous H5N1 avian flu has begun to spread rapidly from human to human in countries outside the United States and is considered imminent here.
In the scenario, the Governor has issued an alert to county preparedness agencies to gear up and prepare for the first likely bird flu cases in California....