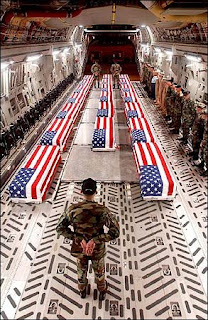 We have a brief moment in a seeming infinity, some experience
bliss.....arts, music, reading, good food, the pleasure of freindship,
lovers, - these men were killed for lies and the criminal greed of the elites. I will not rest until a tribunal sees justice for the madness these perps unleashed on our World. I hold my Monday post in sadness for the stupidity that reigns supreme
over our little World and all those lost in the battles.....
Unhappy Memorial Day....
may we stop WWIV before it's all over.......
Greg Nixon 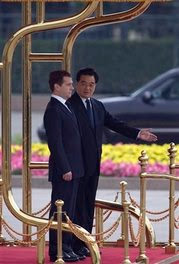 Pushing forward their robust energy cooperation, Russia also signed a $1 billion deal to build a uranium enrichment facility in China and supply low-enriched uranium for use in China's nuclear power industry over the next decade.
Rivals throughout much of the Cold War, Moscow and Beijing have forged close political and military ties since the Soviet collapse, seeking to counter the perceived U.S. global domination. They have spoken against the U.S. missile defense plans in the past, but Friday's declaration by Medvedev and Chinese President Hu Jintao sounded tougher than before.

Without naming the United States, the two leaders said that "the creation of global missile defense systems and their deployment in some regions of the world ... does not help to maintain strategic balance and stability and hampers international efforts in arms control and nuclear nonproliferation."
They also warned against the deployment of arms in space — another clear reference to the United States. "The parties stand for the peaceful use of space and against the deployment of weapons in space and arms race in space," Medvedev and Hu said in the statement released after an afternoon of talks.
The joint position appears to raise the stakes for Washington, which has been trying to persuade Beijing and Moscow not to see the missile shields as threatening. At the same time, the cooperation on diplomatic issues masks deep Russian unease at China's growing power and differences over military and energy sales.
The White House said Friday that it is not disappointed that Medvedev has not changed the stance taken by his predecessor, Vladimir Putin. (cont...)