Top 100: The challenge to stay on topContractors face uncertainty with tight budgets, procurement woes and a lame-duck administration http://www.washingtontechnology.com/print/23_08/32776-1.html 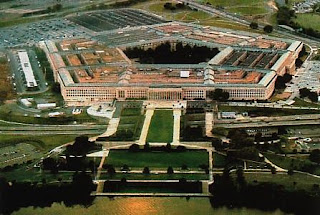 Duane Andrews, chief executive officer at QinetiQ North America, has seen years like 2008 before. Agencies have faced tight budgets in the past, and every shift from one presidential administration to the next — even within the same party — means contractors must weather a period of uncertainty.
But having been through this before doesn’t make it any easier for QinetiQ and other companies on this year’s Top 100. “We are certainly in a year that is going to be very disruptive to the normal acquisition system,” said Andrews, whose company ranks No. 24 on the Top 100 with $855.8 million in prime contracting revenue in fiscal 2007.
To continue to grow in today’s market, Top 100 companies are forging closer customer ties, streamlining internal operations and chasing emerging opportunities. All of this is happening against a backdrop of tight budgets, shifting buying patterns and increased oversight of government operations.
“Tight budgets are always a two-edged sword,” said Linda Mills, corporate vice president and president of the information technology sector at Northrop Grumman Corp., No. 3 on the Top 100 with $7.9 billion in prime contracts. “The pressure to do more with less drives demand for IT because IT drives productivity. On the other hand, it can slow new system starts.”

THE HUNT FOR OPPORTUNITIES Although most companies are bullish on their prospects in the market, budget documents for fiscal 2009 show spending holding steady.
An analysis of government budget documents by market research firm FedSources shows that the Defense Department will have only 21 new initiatives worth $2 million in 2009. Civilian agencies will have 85 new initiatives worth $156 million. FedSources analyzed Exhibit 53s that agencies file with the Office of Management and Budget and DOD’s IT-1 Report, which it uses to disclose its IT spending plans...

General Dynamics: Change and Opportunity
http://online.wsj.com/article/SB121046151624483057.html?mod=googlenews_wsj
General Dynamics, the world's sixth-largest military contractor, is getting a new leader. And if he can deliver like the current chief executive officer, Nicholas Chabraja, has over the past decade, shareholders will be very pleased.
When he retires in June 2009, the 65-year-old Mr. Chabraja will be succeeded by Jay Johnson, chief executive officer of Dominion Virginia Power, and currently a member of the General Dynamics' board of directors.
US, Arab states in joint air drill
http://www.presstv.ir/detail.aspx?id=55222&sectionid=351020205

The United States, western countries and the Persian Gulf littoral Arab states have conducted a joint aerial drill on Sunday. According to Bahrain's official news agency (BNA), the exact location and duration of the exercise was kept secret, but it said that Bahrain's armed forces chief of staff, Sheikh Duaij bin Salman al-Khalifa, also participated in part of the war game....

Norad to be key player in Games security
http://www.canada.com/ottawacitizen/news/story.html?id=d09a8092-e116-4f8f-a4c6-2197bd8fd765
The North American Aerospace Defence Command is already planning how it will protect the 2010 Olympics with potentially everything from fighter aircraft to sophisticated surveillance planes.
Canadian Lt.-Gen. Charlie Bouchard, deputy commander of the joint U.S.-Canada military organization Norad, says work is under way on how to best provide air protection for the Games in Vancouver and Whistler.
The RCMP is the lead agency in organizing security, but Norad has been given the job of providing protection from the air and monitoring the airspace over the Olympics....

State closes storm drills to media (LA)
http://www.2theadvocate.com/news/18791834.html
Three days of hurricane preparedness drills by local, state and
and federal representatives were closed to the media this week in Baton Rouge.
The hurricane preparedness drills, which end today, are held to cover hypothetical situations and to promote discussions about issues such as contraflow traffic plans, public information efforts, shelters and more......

"Indeed, the United States, in various Pentagon documents published during the Bush administration, is explicit in aiming to put weapons in space - lasers, directed energy weapons, kinetic kill vehicles. The US Space Command, in its "Vision for 2020," plans for "counterspace operations." The already deployed missile defense system is a first step toward an anti-satellite capability, giving the Pentagon control of the "high frontier."......" 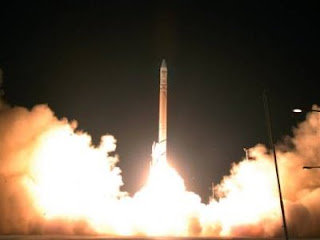 A new law expected to be passed by the Japanese parliament will allow the country to have a military presence in space for the first time. But don't panic. Japan isn't gearing up to make space into a shooting gallery. The country wants to bolster its space operations so it can keep a wary eye on North Korea and China, and so it can develop its own space industry.Japan has been feeling uneasy and bolstering its defenses in recent years - in December, for example, it launched a sea-based interceptor that destroyed a test missile over the Pacific in the first test of the country's missile-defence system, which is based on US technology. North Korea sparked the unease by pressing for the development of nuclear weapons and ballistic missiles. China's anti-satellite test last year only added to the anxiety....

87% of U.S Employers Not Prepared for a Pandemic Outbreak the W.H.O. Claims is 'Serious' http://www.newswiretoday.com/news/34049/

How one death, sick passengers led to fears of pandemic http://www.theglobeandmail.com/servlet/story/RTGAM.20080510.wtrainupdate0510/BNStory/National

The Canadian was rolling through Northern Ontario early Friday morning when a passenger began to have trouble breathing. A crew member gave her oxygen, but by the time a retired doctor from Britain sitting in the same car went to her side, she was already unconscious.
Within minutes, the 86-year-old woman — who, originally thought to be in her 60s, boarded the Via Rail train two days earlier in Jasper, Alta., and was in good spirits the night before — was dead, leaving passengers and crew members in shock.
It was the beginning of a dramatic day in which six more passengers fell ill, seemingly all at once, and the train, with its 264 passengers and 30 crew, was placed under quarantine.
Health officials from across Canada were in a high state of anxiety amid fears of an outbreak of an infectious disease, and, along with emergency services, broke into their planned responses.