Bioterrorist Attack: Fact or Fiction?
Where do all those Homeland Security Dollars Go? (My blog header explains all: it's a scam for corporate welfare..duh!)
http://www.officer.com/web/online/On-the-Street/Bioterrorist-Attack--Fact-or-Fiction/21$41545
DR. DOUG HANSONForensics Contributor
The recent Ricin incident in Las Vegas in February of this year has once again brought new attention to the potential for a biological terrorism attack on US soil. However, given the fact that no actual incident of any magnitude has occurred nor has any plot been uncovered to produce a major event so far it leads one to wonder what is the real potential for a biological weapons attack. Movies like Outbreak have lead Americans to believe that some terrorist group can wipe out a whole city with a biological agent and send in the men in white space suits to rescue the few survivors. While the potential devastation (in human lives) from an attack with a biological agent like Ebola virus or anthrax bacillus is much greater again there is no evidence of any effort to undertake such an attack in this or any other country.
Those who would disagree with the above will undoubtedly call to mind the ricin mail letters
made front page headlines for weeks the actual number of people that were adversely affected was small. Likewise, in the 2001 Anthrax letter mailing episode the total number of people effected was small. A list of actual ricin related attacks or events is provided in the Special Ricin Study performed by the James Martin Center for Nonproliferation Studies (cited at end of article). This list shows that no large number of deaths or injuries resulted from any of these events. A suicide bomber with a vest full of explosives would have rained much more havoc in each of these cases.
The Point - The point to all this is that by the end of the 2008 fiscal year the US Department of Homeland Security (DHS) will have spent $50 billion on defense against bioterrorism attacks. Let's assume for the moment that the biological weapons threat is more fantasy then fact, how much law enforcement and emergency response equipment would State and local police department have bought with that amount of your tax payer dollars? Need updated cruisers, computers, commutations systems and centers, or weapons and ammo for use on your beat? Fifty billion will buy a bunch of that stuff. (cont...) 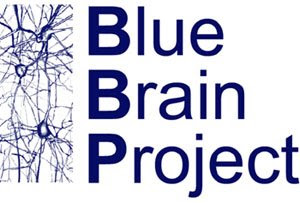 Simulating the human brain and the Earth's climate are two of the most important challenges in science, according to Robert Bishop, chairman of the advisory board to the Blue Brain Project.
Ecole Polytechnique Fdrale de Lausanne in Switzerland and IBM Corp. are cooperating on simulating the brain, a project which started about two years ago. NEC's Earth Simulator is the key component of the latter project.
"The Blue Brain Project is currently in Phase 1.5 of its 10-year horizon and still has a long way to go," Bishop, chairman of a Geneva-based connsulting firm, told EE Times in an interview during a recent conference here. "It needs six to seven steps to move up the mammalian chain [from] mouse, rat, cat, primate and finally the human brain, with each step dealing with greater and greater complexity.
"If we were able to understand the architecture and functioning of the human brain accurately, it is quite possible that we could eventually mimic the brain in our own semiconductor design," Bishop added. "If we were able to understand the architecture and functioning of planet Earth in all of its detail, then we could ultimately predict natural disasters before they occur."
Bishop predicted that ten years from now design engineers will be "specifying application-specific integrated circuits that take into account our accumulating knowledge of the human brain and the Earth, respectively. Such ASICs would be combined into a broader system involving scalar, vector, field programmable gate arrays and graphic processing units to deal with the holistic job at hand," he added.
There are well over 100 billion neurons in the human brain and more than 100 trillion synapses to be modeled. "We [have] yet to build a good mathematical model of all this," Bishop said, "although work is well along on one small and important building block--the cortical column."
Simulating conditions on Earth is an equally daunting task. "Countless substances and materials are blending in complex structures and processes: the movement of tectonic planes, dynamic magnetic fields, the Earth's spin and orbit, space weather and local weather are all transforming the Earth simultaneously," he said.
Bishop said he works within the technology triangle bounded by science, simulation and supercomputing. IBM's BlueGene/L supercomputer installed at Lawrence Livermore Laboratory in California has a peak speed of 478 teraflops. Bishop projected that supercomputers will surpass the petaflop mark by the end of 2008, and that future machines will break the exaflop barrier in the next decade.
Brain and Earth simulation will leverage growing computing power along with software advances Bishop said, ultimately yielding new insights that can be accurately modeled and simulated.
Meanwhile, governments and other institutions need to step up to advance simulation technology, the futurist added. "The brain simulator and the Earth simulator will eventually create [intellectual property] for commercial use, but we cannot expect commercial value to be available in the short term."
Einstein's Warning: a bioterrorist pandemic worse than a nuclear explosion
( Psyop "message force multiplier")
Richard Danzig, a former Navy secretary and now a biowarfare consultant to the Pentagon, said that while there are 1,000 to 10,000 "weaponeers" worldwide with experience working on biological arms, there are more than 1 million and perhaps many millions of "broadly skilled" scientists who, while lacking training in that narrow field, could construct bioweapons. "It seems likely that, over a period between a few months and a few years, broadly skilled individuals equipped with modest laboratory equipment can develop biological weapons," Danzig said. "Only a thin wall of terrorist ignorance and inexperience now protects us." --Washington Post, December 29, 2004
This letter to you is like the letter Dr. Albert Einstein wrote United States President Franklin D. Roosevelt on August 2, 1939.....

Hey man thanx for keeping up on this. I know not many people leave comments.

In regards to bio terrorism, yes, I'm pretty sure about it. I know the terrorists in our government are planing, perhaps by August. I'm pretty sure when the NWO carries out that attack, it will be the end of their cult.