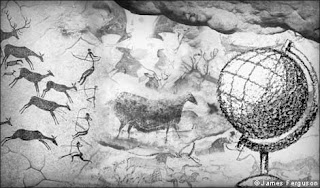 I have never believed that there is a secret United Nations plot to take over the US. I have never seen black helicopters hovering in the sky above Montana. But, for the first time in my life, I think the formation of some sort of world government is plausible.
A “world government” would involve much more than co-operation between nations. It would be an entity with state-like characteristics, backed by a body of laws. The European Union has already set up a continental government for 27 countries, which could be a model. The EU has a supreme court, a currency, thousands of pages of law, a large civil service and the ability to deploy military force.
So could the European model go global? There are three reasons for thinking that it might.
First, it is increasingly clear that the most difficult issues facing national governments are international in nature: there is global warming, a global financial crisis and a “global war on terror”.
Second, it could be done. The transport and communications revolutions have shrunk the world so that, as Geoffrey Blainey, an eminent Australian historian, has written: “For the first time in human history, world government of some sort is now possible.” Mr Blainey foresees an attempt to form a world government at some point in the next two centuries, which is an unusually long time horizon for the average newspaper column.
But – the third point – a change in the political atmosphere suggests that “global governance” could come much sooner than that. The financial crisis and climate change are pushing national governments towards global solutions, even in countries such as China and the US that are traditionally fierce guardians of national sovereignty 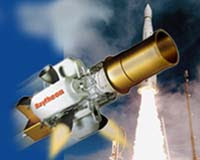 Raytheon components played key roles in the destruction of a ballistic missile target during the latest flight test of the Missile Defense Agency's Ground-based Midcourse Defense system. This was the eighth intercept for the GMD system.
During the Dec. 5 test, a Raytheon-built Exoatmospheric Kill Vehicle intercepted a ballistic missile target in space over the eastern Pacific Ocean. While communicating with ground sensors, the EKV detected, tracked and discriminated the target.
"This highly successful test of the GMD system once again demonstrates Raytheon's commitment to performance and reliability," said Dr. Taylor W. Lawrence, Raytheon Missile Systems president. "We continue to prove the maturity of our kill vehicle technology and our ability to provide this critical capability to the nation."
While in flight, the EKV calibrated its own position using the stars. The EKV then selected an aimpoint and maneuvered for a direct hit, intercepting the target at a closing velocity of more than 18,000 miles per hour.
The target was launched from Kodiak, Alaska, and the interceptor was fired from Vandenberg Air Force Base, Calif.
Posted by NXNGRG at 2:50 PM

How Do We Define Success?

1. It wasn't a resounding "success": According to Lt. Gen. Patrick O'Reilly, head of the Missile Defense Agency, "...the target did not release planned countermeasures designed to try to confuse the interceptor missile. O'Reilly did not say what those countermeasures were, but they often include decoys or chaff to throw off shoot-down attempts." Apparently the technology to shoot down a real enemy missile which would have countermeasures is not yet working.

2.It wasn't a truly realistic test: The "test" was very tightly controlled - everybody knew when the interceptor would be launched and its probable path (they've launched targets from KLC before). One wonders what would happen if they actually had to scramble an interceptor with no prior warning. Now that would be a true test.

3. If the U.S. can't launch an ICBM that works the way it should, why do we think other countries can? Neither North Korea or Iran has ever successfully fired a missile that had any chance of landing anywhere near the U.S. Right now, if North Korea got really lucky, they might be able to hit the tip of the Aleutians. We are sure the folks out there appreciate the expenditure of ten billion dollars a year to help them sleep more soundly.

4. It's ALL about the money: Roughly $10 billion is spent per year on the program, which is run by defense contractor Boeing Co. but includes work by most of the nation's largest weapons makers. It is spread across three branches of the military and is composed of missiles, radar and satellites designed to intercept missiles during different stages of flight.

5. Fortunately, President-elect Barack Obama expressed skepticism about the capabilities of the system during his campaign, leading to speculation he may reduce the program's scope. Russia has strongly objected to plans to install missile interceptors in Eastern Europe.

6. At least the true character of the KLC has finally been admitted. According to the AP: "WASHINGTON - The Defense Department said today it shot down a missile launched from a military base in Alaska..."

7. Finally, Kodiak desperately needs a new high school and a new police station and jail. Our roads are a mess and infrastructure in Kodiak, Alaska and all across the United States is crumbling. Take a drive down the badly distintegrating Mission Road past the Salvation Army and ask yourself: Is Missile Defense worth it? Friday's test cost between $120 million to $150 million.

Very impressive blog. I liked it.

If you wish for to improve your knowledge just keep visiting this website and be updated with the most recent information posted here.