* sorry for slacking the last few days on updates, I have been working on organizing in my city a movement to stop paying rent. We are basically slaves
in a thoroughly corrupt financial and political system. I cannot emphasize enough the need to prepare for a collapse of the United States next year. Please
see my friends blog for the stuff I find worth focusing on:
jimmyvex.wordpress.com 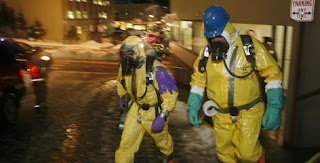 WASHINGTON — The economic crisis is jeopardizing the nation's ability to handle public-health emergencies and possible bioterrorist attacks, according to government leaders and a new report.
Federal and state governments are cutting programs that help communities respond to disease outbreaks, natural disasters and bioterrorism incidents, and that "could lead to a disaster for the nation's disaster preparedness," a report released Tuesday warns.
"The economic crisis could result in a serious rollback of the progress we've made since Sept. 11," 2001, said Jeffrey Levi, executive director of the Trust for America's Health, a non-partisan research group. Federal funds are down, 11 states have already cut public-health budgets, and more could follow as the economic crisis worsens. 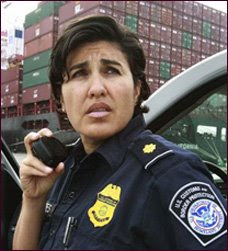 A new reality television show focused on the agencies and employees of the Department of Homeland Security is sure to find fans among bureaucrats and department observers, and also is likely to draw some criticism from those who wonder if a primetime television show is the best use of the agency's time.


"Homeland Security USA" debuts Jan. 6 on ABC. The show's producer, Arnold Shapiro (creator of the CBS reality hit "Big Brother") recently told the Hollywood Reporter, “I love investigative journalism, but that’s not what we’re doing. This show is heartening. It makes you feel good about these people who are doing their best to protect us.”
http://voices.washingtonpost.com/federal-eye/2008/12/homeland_security_gets_primeti.html?hpid=news-col-blog 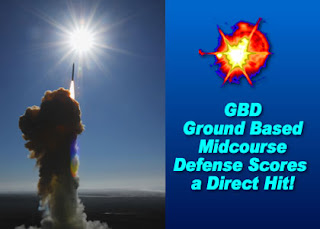 Recent testing activities conducted by the U.S. Missile Defense Agency (MDA) culminated a busy year that marked substantial progress in the development of credible U.S. missile protection, both for tactical and strategic applications.
Among the latest technologies being demonstrated by the program were advanced stages of the high power airborne laser and exo-atmospheric multiple kill vehicle and, a full demonstration of the currently operational capabilities - the sea based AEGIS system and Ground-based Midcourse Defense (GMD). The most recent test was performed December 5, 2008 demonstrating the entire system, including interceptors, sensor and battle management. (more...)

National Guard Takes Part In Terrorism Drill
http://www.cfnews13.com/News/Local/2008/12/9/national_guard_takes_part_in_terrorism_drill.html INDIALANTIC -- Members of the National Guard spent the Tuesday doing a major drill to prepare for a possible terrorist attack.
The drill was part of a two-day conference on national preparedness put on by Florida Tech.
Members of the guard said the recent terror attacks in Mumbai, India show they need to be ready for any possible attack in America.
The attack simulated the explosion of a dirty bomb.
“We bring a team in -- that civil support team -- and they come down here and do a complete analysis and they find out chemical biological nuclear, what kind of hazard we're facing," said Col. Bill Beiswenger from the Florida National Guard. "(Then) we determine that the first responders can go in and pull out the victims of the disaster.”

Is the Fed Taking the First Steps to Selective Default and Devaluation?

The panopticon economy: The NSA’s new data-mining facility is one component of a growing local surveillance industry
http://www.sacurrent.com/news/story.asp?id=69607

Wearable supercomputer could provide training on the go
http://www.nextgov.com/nextgov/ng_20081209_2818.php
Who says you can't take it with you? A small Indiana company, MNB Technologies Inc., claims it can stuff the power of a supercomputer that supports a range of military and civil applications into a wearable 1-pound box.
The Indiana Economic Development Corporation, a public-private partnership providing financial backing for Bloomington-based MNB, said on Monday that the company "is on the verge of a technology breakthrough that could put the power of a supercomputer on the belt of America's military." (cont..)

Medical Disaster Exercise at Hixson
http://www.newschannel9.com/news/hixson_973873___article.html/high_students.html
Creating an "Arc of Crisis": The Destabilization of the Middle East and Central Asia The Mumbai Attacks and the “Strategy of Tension”
http://globalresearch.ca/index.php?context=va&aid=11313
Posted by NXNGRG at 7:29 AM

your blog updates are now also automatically embedded in my friendfeed, incl. an own RSS button

friendfeed is posting all your headers in real time at
http://friendfeed.com/ewing2001

Romance is necessity of inner heart luxury, as well the extreme expression of life sentiment