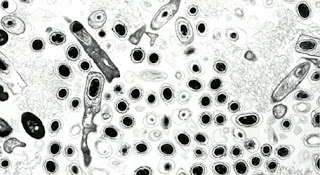 Just days after the release of a bioterror vulnerability report, nine state governors received envelopes filled with white powder.
Although initial reports suggest the envelopes contained a substance likened to flour and have been deemed an “unfortunate prank” by the spokesman for one targeted governor, the deliveries spotlight the vulnerable state of many government offices. Letters postmarked from Dallas were received at governor’s offices in Alabama, Michigan, Minnesota, Mississippi, Missouri, Montana and Rhode Island on Monday, in Alaska on Tuesday and in Maine on Wednesday.Early reports suggest the powder in all cases is harmless but samples have been sent to local laboratories for more extensive testing. The letters arrived just days after the Commission on the Prevention of Weapons of Mass Destruction and Terrorism, a bipartisan congressional committee, announced the findings of their six-month study concluding that the United States is vulnerable to a bioterrorism attack.
China, Russia to Hold War Games
http://www.moscowtimes.ru/article/1010/42/373107.htm
Russian-Chinese Anti-Terrorist Exercises Will Be Held Next Year http://www.istockanalyst.com/article/viewiStockNews/articleid/2871052
(Source: Daily News Bulletin; Moscow - English)BEIJING. Dec 10 (Interfax) - Russia and China will conduct joint anti-terrorist exercises in 2009, Chinese Defense Minister Liang Guanglie announced after talks with his Russian counterpart Anatoly Serdyukov in Beijing on Wednesday.
"We agreed to conduct joint Chinese-Russian anti-terrorist exercises that will take place next year," he said.
The further successful development of bilateral relations in defense calls for "maintaining the dynamics of high-level contacts, implementing existing projects of cooperation between the two armies, continuing contacts in military training and studying the possibilities of expanding military-technical cooperation," Liang said. ...
Rapid-Fire Killer Robot Passes Flight Test
http://www.foxnews.com/story/0,2933,464846,00.html 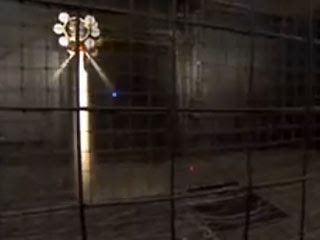 That's the sound made by the "Multiple Kill Vehicle," a frightening but fascinatingly cool hovering robot meant to shoot down enemy ballistic missiles.
Video of a Dec. 2 flight test conducted at Edwards Air Force Base in California by defense contractor Lockheed Martin has made it onto the Web, and it looks like something out of the "Terminator" movies.
Rival defense contractor Raytheon is also working on its own multiple-kill-vehicle program.
Inside a large steel cage, Lockheed's MKV lifts off the ground, moves left and moves right, rapidly firing all the while as flames shoot out of its bottom and sides.
The plan is to mount one or more MKVs onto carrier missiles, which would launch into space to engage enemy nuclear-tipped ballistic missiles at the apogees, or peaks, of their trajectory arcs

Obama transition eyes cuts in expensive arms systems http://www.washingtontimes.com/news/2008/dec/10/obama-transition-eyes-cuts-expensive-arms-systems/ "In particular, he mentioned "slowing" procurement of the Future Combat System (FCS), an array of land and air combat vehicles designed to take the Army into the next generation of warfare. "

When money dies: The nightmare of the Weimar collapse (Unknown Binding)by Adam Fergusson (does anyone have a copy?)

There are cheap shoes to choose
jordan 6
jordan 7
Good quality with low price.
air jordan 2010
Air Jordan 2009
You can have a look at it.
jordan shoes
jordan ajf shoes
We offer different styles.
jordan 1
jordan 2
If you like,you can contact us.
jordan 3
jordan 4
Thanks.
jordan 5
jumpman23

To Know Interesting Facts and Updated News Regarding US Sports then u are just a Click Away.clickhere to know more