Homeland Security lab like biodefense battleship
http://www.examiner.com/a-1650641~Homeland_Security_lab_like_biodefense_battleship.html
FREDERICK, Md. (Map, News) - The Department of Homeland Security's new laboratory building in Frederick resembles a battleship being readied for war against biological weapons.
With its curved glass exterior, 10-inch-thick walls and high-security labs, the National Biodefense Analysis and Countermeasures Center gives the government a state-of-the art tool for predicting biological attacks and identifying perpetrators of what the FBI calls "bio-crimes."
Agency officials dedicated the $128 million building Wednesday at Fort Detrick, where it is part of a biodefense campus that will also include new labs run by the Army and the National Institutes of Health.

Pakistan asks for emergency IMF funds to stave off bankruptcy
http://www.debka.com/headline.php?hid=5667
Hit by the global financial crisis, Pakistan is the second country after Iceland to ask the International Monetary Fund for help against its looming balance of payments crisis. With a population of 170 million, Pakistan is also the biggest nation and the first Muslim country to turn to the IMF, troubled equally by near bankruptcy and an encroaching al Qaeda-backed Taliban insurgency.
The IMF directors in Washington are expected to approve a $4-5 bn a first aid rescue package against outflow of cash as investors clean out their accounts in Pakistani banks. The level of cash reserves barely covers one month’s imports, inflation hovers at a 30-year high and the value of the rupee is in freefall, making food and other staples unaffordable. The new president Ali Asif Zardari is trying to raise at least $10 bn from western bankers to stave off bankruptcy within weeks from a group called Friends of Pakistan. 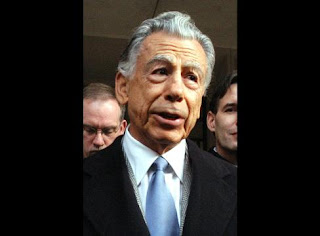 Oct. 22 (Bloomberg) -- The retreat of billionaire Kirk Kerkorian and Cerberus Capital Management LP from stakes in Ford Motor Co. and Chrysler LLC may leave the U.S. auto industry without new funding just as sales head to a 26-year low.
Kerkorian's Tracinda Corp. said yesterday it may sell its stake in Ford and investor Stephen Feinberg's Cerberus is seeking to merge Chrysler with General Motors Corp. or another automaker. The industry's recession started by $4-a-gallon gasoline and extended by the credit crunch following the bankruptcy of Lehman Brothers Holdings Inc. has battered investments in the U.S. car companies.
``I don't know where else they can turn right now, that's the problem,'' said Thomas Stallkamp, a former Chrysler Corp. president who is currently a partner at buyout firm Ripplewood Holdings LLC. ``There is nowhere to turn until the credit market opens up, and even then the market will be nervous about automakers until the outlook for 2009 is clearer.
Under Water Mortgage Growing Threat To U.S.
http://www.roguegovernment.com/news.php?id=12478
The Financial Meltdown: This Time Is Different
http://globalresearch.ca/index.php?context=va&aid=10647
U.S. Military Leader Stresses NATO Defense for Baltics
http://www.nytimes.com/2008/10/23/world/europe/23mullen.html?ref=world
VILNIUS, Lithuania — The United States and NATO are updating plans for defending allies neighboring Russia and will consider increasing the number of military exercises with the Baltic states, the chairman of the Joint Chiefs of Staff said here Wednesday on the second and final day of a visit to the region.

Drive-thru flu shots will serve as training exercise (AL)
http://www.therandolphleader.com/articles/2008/10/22/news/168-drive%20thru%20shots.txt
The first drive-through flu shots in Randolph County will be given Thursday, Oct. 30, at the Randolph County Health Department on Main Street, but it is about far more than just preventing the flu.Kathy Green, clinic nurse supervisor with the Health Department, said the county is joining the entire Area 6 in this practice run for a pandemic flu event. The worst pandemic flu event in 1918 and 1919 killed more than 50 million people worldwide.The Health Department, along with the Roanoke Police Department and Randolph County Emergency Management Agency, will run this operation like a real crisis event. During the event all county residents can get a flu shot for $10 without leaving their vehicles."We're going to have a one driveway entrance and an exit in the other road," Green said. Police will assist with routing traffic into the entrance driveway nearest Jon Boy's Restaurant and then helping them exit the drive nearest Alabama Power, she said
CACI Awarded $406 Million in Previously Unannounced Contracts to Support National Security and Intelligence http://www.earthtimes.org/articles/show/caci-awarded-406-million-in,589863.shtml
New National Alert System Is Set Back
http://online.wsj.com/article/SB122463147196556501.html?mod=googlenews_wsj
UN: World ready for flu pandemic
http://www.news24.com/News24/Technology/News/0,,2-13-1443_2413705,00.html
New York - The world is well prepared to beat back any major influenza pandemic with 148 countries having made contingency plans to deal with the disease, the United Nations and the World Bank said on Tuesday.
South Park: Preview of "Pandemic"
http://www.buddytv.com/articles/south-park/south-park-preview-of-pandemic-23820.aspx
On tonight's episode of South Park called “Pandemic,” the boys decide to be entrepreneurs and take advantage of the misfortune of others. (like Donald Rumsfeld and Tamiflu?)
Pandemic Flu Exercise Event, flu vaccine clinic to be combined
http://www.hannibal.net/news_local/x270975017/Pandemic-Flu-Exercise-Event-flu-vaccine-clinic-to-be-combined The pandemic flu event is scheduled each year to evaluate the readiness of the health department and the Marion County Emergency Management team to provide mass immunizations in the county in case of an actual epidemic. In a real situation, the health department would be responsible for immunizing the 28,000 people living in Marion County within 72 hours.
Roche posts sustained double-digit sales growth for the first nine months of 2008
Basel. Group sales up 10% in local currencies to 33.2 billion Swiss francs, excluding Tamiflu pandemic sales Including Tamiflu pandemic sales, Group sales total 33.3 billion francs, an increase of 6% in local currencies and 13% in US dollars, and a decline of 2% in Swiss francs Roche confirms full-year outlook Roche reaffirms commitment to Genentech offer Pharmaceuticals Division
http://swiss-press.com/newsflashartikel.cfm?art=News&key=372304&parm=detail
Police investigate white powder at New York Times (psyop watch)
http://www.breitbart.com/article.php?id=D93VM7DO1&show_article=1
7 Valley banks receive letters with white powder
http://www.azcentral.com/community/gilbert/articles/2008/10/22/20081022abrk-whitepowder1022-ON.html
Posted by NXNGRG at 2:26 PM