Navy Intercepts Russian Bombers
http://www.breitbart.com/article.php?id=D8UODA4G0&show_article=1
WASHINGTON (AP) - U.S. fighter planes intercepted two Russian bombers, including one that buzzed an American aircraft carrier in the western Pacific during the weekend, The Associated Press has learned.
A U.S. military official says that one Russian Tupolev 95 flew directly over the aircraft carrier USS Nimitz twice, at a low altitude of about 2,000 feet, while another bomber circled about 58 miles out. The official was speaking on condition of anonymity because the reports on the flights were classified as secret.
The Saturday incident, which never escalated beyond the flyover, comes amid heightened tensions between the United States and Russia over U.S. plans for a missile defense system based in Poland and the Czech Republic.
Such Russian bomber flights were common during the Cold War, but have been rare since.
The bombers were among four Russian Tupolev 95s launched from Ukrainka in the middle of the night, including one that Japanese officials say violated their country's airspace over an uninhabited island south of Tokyo.
U.S. officials tracked and monitored the bombers as two flew south along the Japanese coast, and two others flew farther east, coming closer to the Nimitz and the guided missile cruiser USS Princeton.
As the bombers got about 500 miles out from the U.S. ships, four F/A- 18 fighters were launched from the Nimitz, the official said. The fighters intercepted the Russian bombers about 50 miles south of the Nimitz.
At least two U.S. F/A-18 Hornets trailed the bomber as it came in low over the Nimitz twice, while one or two of the other U.S. fighters followed the second bomber as it circled. .....

'Earth-Shattering' Events Worry Chertoff
http://www.wtopnews.com/?sid=1342138&nid=251
WASHINGTON - Homeland Security Chief Michael Chertoff's eyes narrow and his voice develops a stern, urgent tone as he reveals America's biggest vulnerability to terrorism.
"The great weapon they have is persistence and patience, and the one weakness that we have is the tendency to lose patience and become complacent," Chertoff tells WTOP.
"It strikes me as hard to accept that anybody would believe the threat is over. There is nothing these terrorists are doing or saying that could lead a reasonable person to believe that they have somehow lost interest. Our biggest challenge is making sure we do not drop our guard because time passes." ......
Defense Focus: China's weapons -- Part 4
http://www.upi.com/International_Security/Industry/Analysis/2008/02/11/defense_focus_chinas_weapons_--_part_4/5289/

By MARTIN SIEFFUPI Senior News AnalystWASHINGTON, Feb. 11 (UPI) -- The continuing weakness of China's armaments industry has profound implications for China's diplomacy, grand strategy and choice of conflicts it would be prepared to undertake for many years to come.First, this weakness puts Russia in the driver's seat of the Russian-Chinese alliance. Although never formalized as such, this alliance has been a reality ever since both nations formed the Shanghai Cooperation Organization on June 15, 2001, with the residents of four former Soviet republics in Central Asia.China therefore looks certain to remain dependent upon Russia for years, possibly decades to come, for two crucial staples of great power status: enough oil and gas to keep its rapidly growing industries operating; and the modern, rugged, state-of-the-art weapons, especially for ground forces and for the rapid overseas projection of military power, that China still cannot produce.If the European Union finally loosens its sanctions on China, European high-tech weapons manufacturers may expect a floodtide of orders. China may order some German Dolphin submarines of the kind Israel operates to make itself less dependent on Russian-built Kilo subs. It may wish to buy French Scorpion submarines as well, but France may not want to endanger the growing demand for such submarines in India by selling to China, too. Companies like Britain's BAE Systems may be on the receiving end of major Chinese orders too, but BAE in particular is so dependent upon the U.S. government and armed forces for its sales that it may well be reluctant to make such a deal for fear of alienating Washington.China remains especially dependent on Russian goodwill to buy Main Battle Tanks, multiple launch rocket systems and robust armored personnel carriers. If Russia continues in its refusal to sell such advanced systems to China, and if Sino-American relations do not dramatically and unexpectedly warm up in the near future, then China will remain weak in the deployment of large land forces against its immediate neighbors. This vulnerability will force China to seek continued good relations with Russia and defuse tensions with India and, indeed, these are exactly the developments we have seen over the past few years.By contrast, China remains confident and aggressive in pushing its interests and expanding its naval and air presence in the South China Sea, in Southeast Asia and in the Indian Ocean. It is also moving energetically to secure its claim to the oil-rich region of the Spratly Islands, despite the strong opposition of Japan and Vietnam in particular.Of course, this is in large part dictated by China's need to protect its long and vulnerable oil supply lines from the Middle East. But it is also a reflection of the current and probable procurement strengths and weaknesses of the Chinese armed forces.China has an excellent air force with a large number of relatively low-tech but still formidable Sukhoi and Sukhoi-type interceptors and fighter-bombers, and it has expanded its navy with its own submarines, Russian-built Kilo diesel subs and four Russian-built Sovremenny destroyers with powerful anti-ship ballistic missile firepower.Therefore, while the continuing structural weakness of the Chinese arms industry has shaped Beijing's broader strategy, it has not prevented the Chinese government from focusing on its armed forces' existing and growing strengths in shaping it.Ironically, this appears to have been Russia's aim, too. Russian policy has not been to ignore or impose China's rise to superpower status on the Eurasian landmass, but to constructively engage China and try to direct Chinese expansion into directions that do not threaten Russia and that are compatible with Russia's own strategic goals. The continuing strength of the Russian armaments industry and China's continued need for the output of the Russian military-industrial complex have played a key role in allowing the Kremlin to successful prosecute this policy.-- Next: Will China's arms industry ever come of age?
Congress eyes defense cuts
The Army's multibillion-dollar modernization program, the Future Combat System, faces serious challenge this year.
http://www.csmonitor.com/2008/0211/p03s03-usmi.html 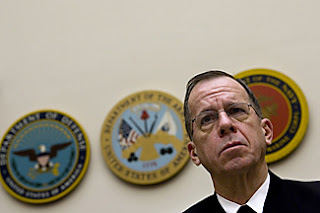 Washington - Congress will have a greater impact on the massive defense budget this year, looking afresh at many programs long thought to be a sure thing. This includes the Army's multibillion-dollar modernization program, the controversial Future Combat System (FCS).
A high-tech series of air and ground vehicles linked by a wireless network, FCS has faced criticism before for being expensive and complicated. Lawmakers have previously been quick to cut funding from the program. But senior defense officials acknowledge that this year the system is facing real trouble.
"The program is really in jeopardy, and I think it's on the ropes," says one senior officer, who wished to speak anonymously and only on background because of how sensitive the issue has become.
The fiscal 2009 budget released last week included $3.6 billion for FCS, continuing a program now thought to cost $120 billion by completion....
Virtual Reality Used to Treat Traumatized Vets
http://blogs.wsj.com/health/2008/02/11/virtual-reality-used-to-treat-traumatized-vets/?mod=googlenews_wsj
If a person has post-traumatic stress disorder after a car accident, a therapist might have him sit in a car for a while, then start the engine without going anywhere and, finally, start driving again. But what do you do for a soldier traumatized by a tour of duty in Iraq?
Academic researchers and military docs are developing virtual reality simulators with the hope of treating PTSD by exposing veterans to video game-like recreations of the kind of horrors they experienced in the war.....
Toledo apologizes to Grand Rapids
http://www.mlive.com/news/index.ssf/2008/02/gramd_rapids_gets_apology_from.html
TOLEDO, Ohio -- As criticism spread over the Toledo mayor's decision to put the kibosh on downtown urban warfare training by a Grand Rapids-based Marine battalion, other city leaders were doing damage control today....
Combating Enemies Online: State-Sponsored and Terrorist Use of the Internet
http://www.hawaiireporter.com/story.aspx?db85942e-9840-4c6d-b26f-5dafba1d7375
* just substitute the US military for "terrorists".....
Excerpt: "Internet Exploitation. One comprehensive sur­vey has identified specific ways that terrorists employ the Internet.[13] They use the Internet to:
Wage psychological warfare by spreading disinfor­mation, delivering threats to instill fear and help­lessness, and disseminating horrific images. For example, the grisly murder of Daniel Pearl was videotaped by his captors and posted on several terrorist Web sites.
Create publicity and spread propaganda."
'Invisible' Material Key to DARPA Dream Display
http://blog.wired.com/defense/2008/02/invisible-mater.html
A quiet rollout for FEMA 2.0With little fanfare, agency embarks on a $1B overhaul of major IT systems http://www.washingtontechnology.com/print/23_02/32227-1.html
2 CMBG Begins Exercise Southern Bear in Texas (Canada)http://www.marketwire.com/mw/release.do?id=819726